Simeon Stud is the birthplace of the one who won it all, Simeon Shai; the million dollar stallion, Simeon Sadik; and the much admired Simeon Sehavi and Simeon Shagah and Simeon Shivah, to name just three; 5 generations of the 27 Ibn Galal-5 family, now boasting more than 200 Simeon bred, tail-female descendants; and a long list of Champions. 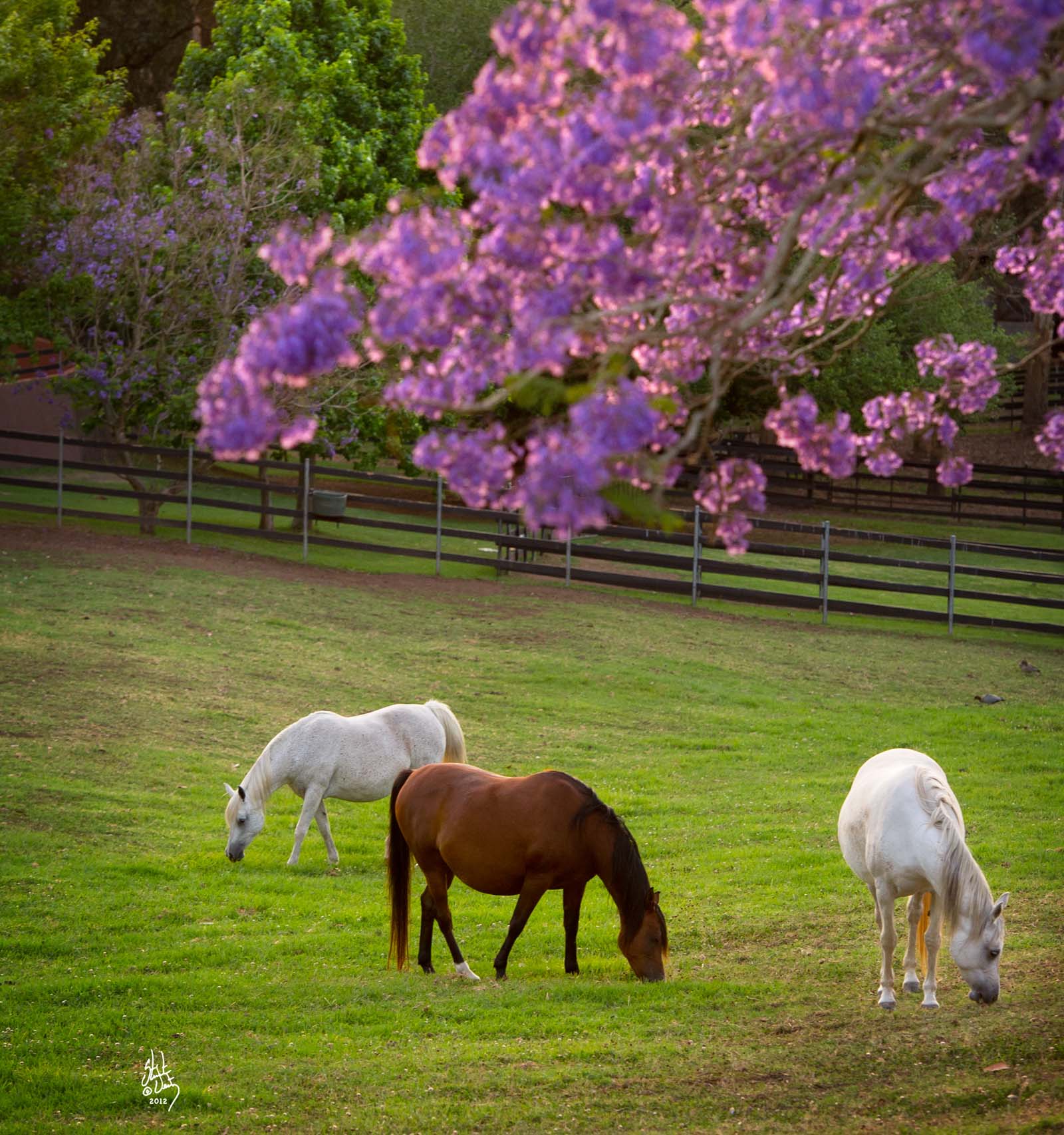 Strolling those pastures, observing the mares and foals grazing contentedly, Marion Richmond could point out a descendant of 27 Ibn Galal-5, and recount her first visit to the State Stud Babolna, Hungry, in the 1970’s, where she and her mother fell in love with 27 Ibn Galal-5, on that day pulling a heavy dray. Marion may discuss the influence of Ibn Rabdan throughout the herd, elaborating that if she finds a specific family she really admires, she will travel anywhere in the world to see how individuals from that family reproduce. Or she might convey Anaza Bay Shahh’s ability to have consistently contributed his large dark eyes, fine skin, correct hooves and legs.

A visit to Simeon Stud will introduce Marion Richmond’s dedication to the highest standards of welfare and husbandry, an extensive knowledge of conformation and pedigrees, her commitment to a good-natured temperament and the wisdom she’s gain from her 60-year quest for perfection.
Marion will demonstrate that Simeon Stud is home of the quintessential Arabian.